Ordering the CD Edition of the Answering Islam Site 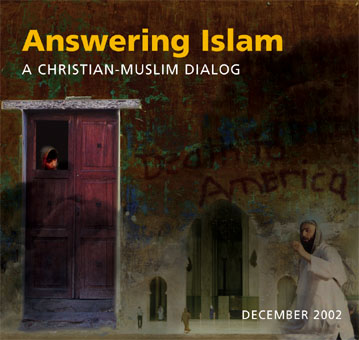 [ We are working on making the CD available locally in as many countries as possible, and ordering details for individual countries will be announced here as soon as they become available. Shipping internationally is not only expensive, but also raises issues of customs duty which are different for each country. Therefore, our goal is to find ways for local production and distribution. ]


Ordering Information for Shipping to Addresses in


This CD provides you with all of the online content of the Answering Islam web site and some extra material. This CD can be used on nearly all computers having a web browser and a CD-ROM drive.

If, however, the operating system installed on your computer is not an edition of Microsoft Windows, please read the below information to make sure the CD will work on your system!

The current edition contains the material up to November 12, 2002.

[ The new material added between November 12 and December 18, 2002, is about 1 MB, less than 0.5% of the CD content of 270 MB. There is no need to worry about getting an outdated product. Furthermore, we will regularly make available zipfiles, containing all updates to the site up to that time. Actually, whether you download the accumulated updates only days after you received the CD, or you start the update cycle a couple of months later, at the time of the next internet update, makes little difference. ]


Update: Since 22 February 2008 there is an alternative: Download the complete CD-edition with BitTorrent [375 MB].

Quick info: There exist several different CD-ROM formats. The Answering Islam CD is produced in the standard Windows format ISO 9660 with Joliet extension, and should be readable by all computers equipped with an operating system of the brand Microsoft Windows, Linux or OS/2. For Apple computers, read on.

Detailed information: CD-ROMs are recorded in the ISO 9660 format. This format is similar to DOS in that it allows for 8-character filenames with a 3-character extension. Obviously, this limitation becomes a problem in new operating systems allowing long names. Windows 95 and higher use the Joliet extension to the ISO 9660 format, Macintoshes use the HFS (Hierarchical File System), while Unix uses the Rockridge extension. Therefore, a CD written in one operating system may not always be readable in another unless it has the capability to read the filesystem. Linux has the ability to read Joliet and HFS formats without any problems. The current Answering Islam CD was produced in the Joliet format.

Apple computers prior to Mac OS X do not have the native ability to read Joliet filesystems. Mac OS X is said to have native support. Nonetheless, it is possible to incorporate this extension into the Mac OS through a freeware/shareware program (e.g., Thomas Tempelmann's Joliet File System for Mac OS). Users may find this extension useful since it allows them to read CDs produced on Windows machines easily.

For a next edition we are currently exploring the possibility of producing hybrid CDs with both filesystems so that all users can read the CD without having to add a software extension.

If any of our readers can provide clearer instructions on this issue, we would be glad to know.